Alex grew up moving frequently among the western United States. This transient upbringing resulted in an abundance of exposure to new people and situations, which was perfect preparation for the world traveler into which he would develop.

After years of intense education, and 29 countries visited under his belt, Alex has learned as much from his traveling as he has from his time spent at the universities. His independent spirit and desire to connect with and help others has led him to his life’s purpose: to become a medical doctor with a goal of global outreach to aid people in need.

Through his experiences, Alex found that the most rewarding parts of his travels didn’t always come solely from medical outreach, but rather from getting involved with the people and the community of which he was traveling. Simply put, visiting somewhere new as a tourist to observe a culture cannot compare to the feeling of taking part in a culture as a participant. Before he starts residency in July, Alex’s latest challenge is starting up Trampooz.com. The goal of this website is to show others how to get involved when they travel, rather than only being an observer. 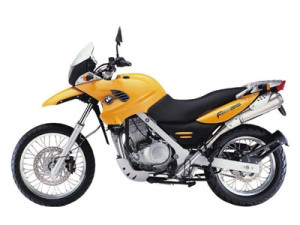 What made you want to build Trampooz.com?

I have owned the URL for years now, and it seems like we have been talking about putting something like this together forever.  But, what really did it was the video Alex sent to me, about a week after we decided to do this trip down to the tip of South America on motorcycles.  He will hate me for this but I am totally gonna post it.

Trampooz.com is the launching point for some of our future goals in life.  It is a culmination of what has been accomplished so far, a vision for the future, as well as a way to track its progress along the way.  Trampooz.com is a place to inspire others to travel and experience the multitude of cultures and wonders the world has to offer.

A lot of this stuff is in our mission statement, but ultimately Trampoozing is what we do.  We are posting up our travels in hopes that we can help others get “it”.  Tyler Durden in Fight Club said it best, “slaves with white collars. Advertising has us chasing cars and clothes, working jobs we hate so we can buy shit we don’t need”.  People think it’s so difficult to travel.  The truth is, it’s not any harder than paying your car insurance or rent.  When people prioritize and get out of their own way it is amazing the things that can happen.

One of the long-term goals of doing this is to bring awareness of developing nation issues to the people in more developed countries.  If even a handful of people start thinking less about playing their unconscious role in our economical system, and start making choices that not only enhance their own lives, but the lives of others, this whole thing will be a win from my perspective.

What inspired you to start traveling internationally?

My grandfather traveled internationally before it became highly accessible like it is today.  I grew up hearing stories about how my grandparents had climbed almost every major mountain in the world.  How he used to take my father and his three sisters to Europe and bring back guitars to pay for next years trip.

One of the very last times I saw my grandfather, he came to my 6th grade class and gave a slide show presentation of his trip to china.  He told a story of having to eat monkey brain’s, from a just-a-second-ago alive monkey skull, as not to offend their hosts.  I think it was then that I realized one of my long-term missions in life.  I was going to experience as much, or more than my grandfather one day.  This was further solidified when later I did a video documentary on him for an 8th grade project.   He structured his life in such a way, that he was able to see places 99% of the rest of American’s didn’t, with 4 children, on a teachers salary.

If you had to describe the very best moment you have had traveling, what would it be?

That would be a tough one, but if I had to pick just one.  I would say rioting with the Egyptians in Tehrir Square for their freedom, was the most impactful experience I have experienced to date.  The energy that comes from a group of people, in that type of environment, is something that has changed me for the rest of my life.

What’s next, what currently is your most ambitious future travel plan?

My most ambitious future travel plans…. after we pull this trip down to South America off, it will be to circumnavigate the world on a sailboat.  We have been planning/talking about doing it for a decade now, but things have always come up prevent a 3-5 year trip like that.

As soon as we get back from our trip down to South America, I’m going to go full force into restoring the 27ft – Marie Holm, International Folkboat.  One of the main reasons that I agreed to start a business in Washington with our other best friend Rich.  Was to take advantage of the Pacific Northwest and the Pugent Sound waters for preparation to sail around the world.

What countries have you been to, in order of preference?

Which States have you been to in the U.S.?

All but Hawaii and Alaska.